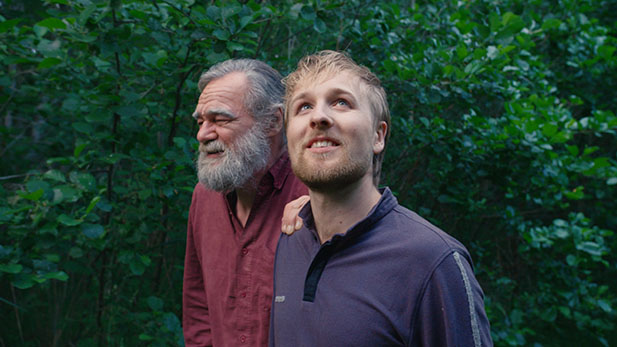 Sam van Zoest is a Dutch writer and filmmaker. He works within a variety of genres and mediums, ranging from documentary and VR films to audiovisual installations and interactives. Sam takes an interest in science and his works focus on visualising the human aspect of topics such as climate change, health care, and the refugee crisis.

In his teens, Sam founded GamerSpawn, a YouTube channel focusing on video games. Though he is no longer affiliated with the channel, it exists to this date and has garnered over 18 million views.

Sam completed his studies in Film & Television at the University of Edinburgh. His sci-fi graduation film Proxy screened at Glasgow Film Festival. Sam spent a semester at Shristi Institute for Art, Design and Technology in Bangalore where he created the short fiction film Close Your Eyes, Paro. This film about road safety received awards for Best Directing and Cinematography. Together with Mariella Pacey, Sam also competed in the Thailand Film Challenge where they were sponsored by the Ministry of Tourism to make a short film in Bangkok.

After graduating, Sam was invited by Explore the North Festival to create an audiovisual installation about the future. Together with sound artist Tristan Visser and writer Amarylis de Gryse, Sam created Undercurrent, a post-apocalyptic underwater dome as a solution for future housing under water. An updated, more sustainable version of the installation is in development and planned to tour Dutch festivals.

For his debut film The Woman Who Feared to Vanish, Sam employed an experimental technique where he shot almost exclusively on cameras which were present in the realm of the actors. The film is made up of images shot on CCTV cameras, dashboard cams, webcams, and rear view cameras.

In 2019, Sam was volunteering at a refugee camp on one of the Greek islands when he stumblod upon a volunteer who had been working there for over three years. Sam followed him for two years, documenting his journey back to mainland Europe where he struggled to adjust to his new life. In the Right Place received its national TV premiere in 2021.

Concerned about climate change but uncertain how to address this topic in a new way, Sam wrote Grandfather's Century. In this interactive film, Sam interviews his fictional grandfather 100 years from now. In the film, they look back at the events leading up to where they are now. The viewer decides the story, exploring different scenes and outcomes. Grandfather's Century was praised in major national newspapers.

Together with Annick Sickinghe, Sam created LATER. This short documentary is inspired by Annick's experiences as a survivor of childhood cancer. The film investigates the late mental and physical effects of child hood cancer, and its insights were welcomed nationwide by former patients, hospitals, and health insurers. LATER premiered at Princess Máxima Center for Pediatric Oncology in Utrecht and had screenings at Filmtheater De Uitkijk in Amsterdam.

With his group of friends, Sam created the auto-biographical film All That Could Be, which premiered in April 2022 at the New Renaissance Film Festival.

That same month, Annick Sickinghe and he completed a documentary commissioned by Rotterdam University of Applied Sciences: Connected by Distance. This film tells the story of two years of covid-19 told from the perspectives of student, teacher, employee, and manager.

Currently Sam is writing a novel and developing the documentary De Warren.